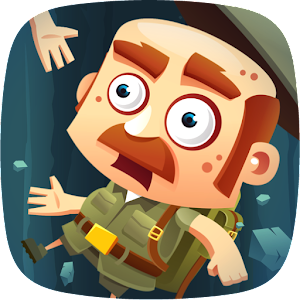 Amazing This is such a great game. I found this game from the app "game of the day" I live how each level is different and this game is extremely addicting. People should definately get this game.

Fun So fun I cannot get off it


Golden Depth would like to: Know your basic profile, list of your people, even not public, and more. That's will happen after you reach your first checkpoint

Its ok Will play for a week then move on to another pointless game that seems fun at 1st then just stays addictive yet tedious.

I love it but I'm having issues Every time I get to a certain point in the game it freezes up and won't let me do anything.

Novel An easy but novel game which makes you want to keep playing. Problem is my game has now frozen. Once I hit the start button it freezes on the next screen at varying degrees, sometimes blank, sometimes almost ready to go. It has been like this for a week now. Am not impressed.

Its ok Would like it better if it was more challenging

Goodish Quite a good game.. But I seem to have completed it very quickly .. Its saying to be continued but it's taking a while for then to add new levels

Love it! But freezes :/ This game made me fall in love and then from certain point started freezing and crashing. Unpleyable by this point.

This game is pretty cool and its fun to play but it keeps crashing...i have done a level four times now and everytime i get to the picture or checkpoint the game freezes or crashes and i have to start over...please fix this game id enjoy to play the full game

Too short, and no auto move and autocollect

Love it Great time killer! And actually a fun game to see what comes next :)

Was fun initially, but not anymore. Now, my backpack can't be opened, and I don't collect coins every second. I also don't see cutscenes anymore. Could be at a point in the game where that's normal, but it seems like a glitch to me.

Nice game and time killer. I have a question though. How do you kill the bats? Tapping on them don't do anything.

Crashes constantly App of the day. Does nothing but crash and make me start over like I've only just opened it

Eh I like the concept but the game got tedious after a while....uninstalling

Add more stuff. There should be an option for auto move, auto clicking , auto scaring. Just generally boring, repetitive. Not fun at all.

Too short Played for a couple of hours on and off... and then it says needs to be updated, but u can start over!! Plus it uses alot of ram and battery

The game isn't even fished This was good fun, until I got to the point where it told me that it was "to be continued", what a load of rubbish, you can't even continue to collect your piggy bank money as it just basically kicks you out of the game or you have to start from the very beginning again

Too many ads, too short, not ergonomic whatsoever

Love it If it sond good get it

A brave adventurer, Sven Duk often goes on the most dangerous journeys. He has been to the Amazon rainforest, the frightening caves of Laos, and to the Death Valley. And in all his adventures he finds pieces of a lost ancient map to the underground city of Zorga. This city is swarming with treasures, ancient […]

How to use Golden Depth for PC and MAC

Now you can use Golden Depth on your PC or MAC. 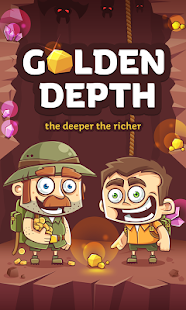 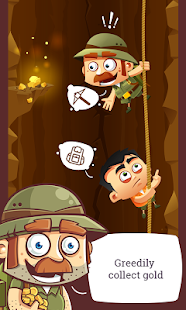 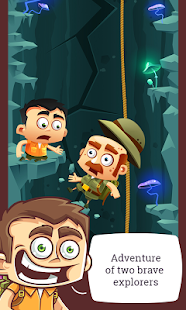 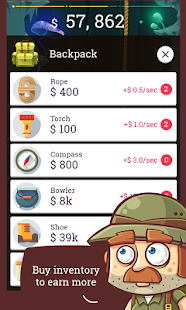 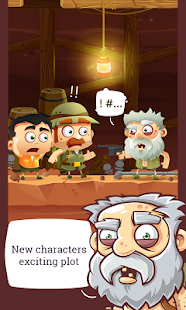 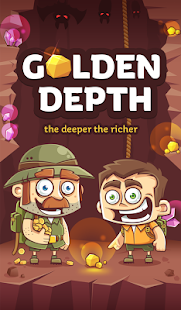 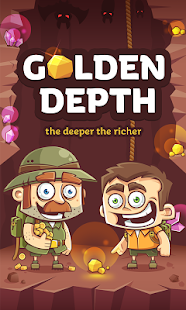