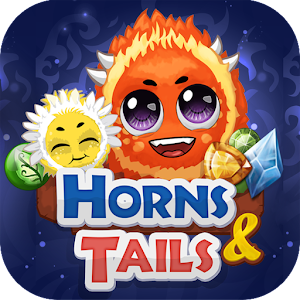 Super fun! Absolutely great game! I love the ability to move all around the board and think ahead. Only problem is I can't play any special quests, when I try to play one the game CRASHES and won't open up for another hour or so. :( Please fix this bug and get 5 stars!

Depends on your device Loved the ipod version that my kids play, it gets 5 stars. But the gameplay is totally different on my s5. Without the moving around in campaign you get fewer items/coins, it's just nonstop battle. A LOT less fun. Plus I can't play the quests. Uninstalling


So much fun.. But.. I'm having a problem where it won't let me use certain elements during battle. The emblem just turned grey and I have no explanation as to why... Some sort of explanation would be great. How do I fix this?

Great apps from you thanks,can you please fix one incy wincy problem though? Please stop it from freezing up... But great otherwise! Black Maple Games, thank you so much for such great games! I also have just plain Kuri Pets! Great also!?? :-) Love your apps!

Fun, but... It's a very nice game, well put together with nice art and nice music, but there are quite a few disappointing flaws. The special quests still aren't available - you can't even select them. Progression is extremely slow with lots of grinding unless you make in-game purchases, which are expensive in comparison to other games. $5 only gets you 2 epic chests, which have a ridiculously low open rate unless you buy gems to auto-open them, and you don't even know what you'll get out of them. Also, no instructions

Special Quests cause crashes :( At level 28 (almost 29), I can no longer do special quests. Crashes every time. This is the 3rd time I've tried. Tried clearing cache, all data...even a clean install. Regular quests give very little gold, which makes upgrades hard. Up until this, a fun time waster on my commute.

Great game It's a great game I'm on level 30 but now it crashes every time I go Into special quests... kinda sucks it just started doing that yesterday. And also my fire attack is supposed to be 354 and it's only half that in the game... but whatever it's still fun.

Very fun casual game I like the game so far but I am way past level 5 and I still can't do the special quests, please fixxx

It is oaky I wish there were no energy because we can't really do anything at all an the gem stone we can't get any more and we just east them and the locked chest every time I open it it gets lost and I don't get anything out of the chest. But I would give it mor stars if all that was fixed and I would tell my sister and brother and my friends.but I still like it

Game started again!! What. The. Hell. I was in the game, got out of it for half an hour, then opened the game again and it told me to pick a character, as in the beginning of the game!!??? I was in level 8, no chance that I'm ever going to play this again, just to happen the same exact thing! And I was thinking of recommending the game to my friends, but after this they will know about it because of this situation... Not for the good parts of it!

Fun & addicting. Can only get better with updates Love this game but it defiantly needs some fixes. Special quests do not work and the game will randomly shut down in the middle of battles.

love the game I would rate a 5 but it lets me play two round a and kicks me out. fix this please. I play puzzles and dragons n love that game, I could see myself playing this one like I do puzzles n dragons but that one has NO BUGS

A lot like pokemon Man I love this game. I wish you didn't have specified amounts you could battle and complexity whatever that's there for. But still the only game for phones that I'm addicted to

Pretty good, except... Why won't it let me play the special quests?! That's pretty much the only sucky part. PLEASE FIX!

Ugh I would give it more if I could actually play the special quests. And I agree, it's different on IPod vs. Android. I don't like that. I should be the same. I wish it was better than just okay.

Great if you don't have WiFi sometimes. Nice if you have time to waste. Though I will say something. Maybe I customized my little character wrong, but it seems that the game is unnecessarily difficult

I love it... But it would be cool if you could collect and grow different monsters. And the special quests are hard to click. I have to click it like 30 times really fast to get into it.

Fun game keeps crashing Would give 5 stars if the game didn't crash so much! Extremely frustrating

Loved it, until it stopped working. Special quests kick me out of the game... :(

Good but..... Its a good game but when I try to continue a battle it freezes and drops my health to 17 when I reload.would of given 5 stars otherwise.

Very VERY poor Besides the misspelling of certain words in the game, the battles and gameplay is not for anyone older than 4 years. NOT RECOMMENDED, sorry.

Special quests This game is addicting but I CAN'T ACCESS SPECIAL QUESTS . Without them it feels like pointless grinding and until it is fixed my rating will not go up.

My game continues to shut itself down every time I try to start a special event. I like this game. Please fix.

It's the battle mode Kuri Pets!! Cute and tough at the same time!! I love how we can personalize the kuri with all the weapons and add-ons...

Would be great but.. Would be a grest game but since it updated i cant play special quests on my galaxy s5. Please fix and then 5 stars

Good but...... I couldn't get past level 6 on the battles, so I tried to upgrade my health and it wouldn't work. I lost all my money because of it. Please fix

So fun!!!! Tell you can't get free help so van star and please let's up date so more like more still with the games

Love My little Shinnok is adorable and evil. It's perfect. This game is amazing. Wish it was easier to get crystal than it is though.

Needs fixes Fun game but can't play quests. There's no help option. No one replies to emails. Work on this please.

More help Fun but there should be a help option, I have absolutely no idea how or what to.do with the special quests, very confusing

Well crap! Took all this time to down load to do nothing but go out of the game bf it even loaded all the way! DELETED

Plz fix this I love the game but cnt play ANY of the special quests it wont allow me to click on them....please and thanks

Alright, but.. Still has a lot to work on. Special quests don't work and adding friends would be cool. Spasibo!

Cute! Interesting fighting system. Only wish the open rate for chests were better without spending stars.

How to use Horns & Tails for PC and MAC

Now you can use Horns & Tails on your PC or MAC. 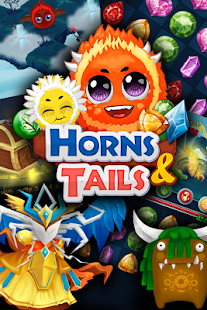 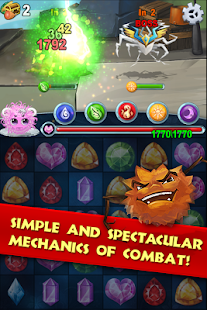 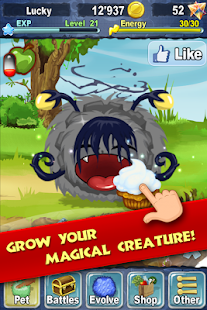 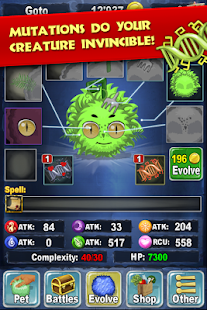 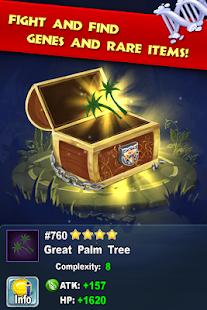 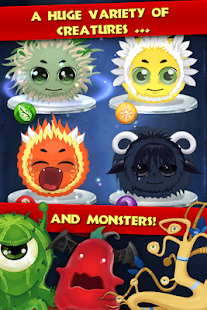