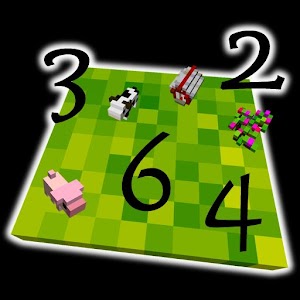 Almost good As everyones been saying...the game gets frustrating when theres more than one solution (examples: the board with all 2s, and the board with the 4 in the bottom right corner). I understand these are difficult to make, which is probably why Picma has so few puzzles...but at least all of those are solvable. It also took me the entire demo to get the hang of the play, and move past "this is so frustrating, what is the additional rule i am missing" to "its not me, the game is genuinely flawed". Demo needs more

Poor gameplay and graphics Only accepts the solution it has been programmed with. Alternate good solutions are refused. Also the 3d adds nothing to the gameplay. Graphics are poor compared to other nurikabe games.


Edit: pretty good "The rules are complicated and convoluted. I keep backtracking to the tutorial when Ducky says I messed up. I'm sure there's one solution to each puzzle, but I'm too lazy to get the rules down solid. The cute little pixel dioramas for passing really made me happy (but the rest of the interface was rather plain and clunky)" Edit: ahhh I finished the demo and got up the learning curve anyways. Its pretty good!

What the? I'm an intelligent person, but there's either something I'm not understanding about the rules of this game, or I agree with all the other people who say there is more than one possible solution. Perhaps the rules need to be expressed more clearly. Number lsland is much better and a whole lot easier to follow because the rules are clear and they make sense! Sorry, developers, I'm uninstalling.

Inaccurate It looks for only one specific solution and views alternate (and valid) solutions as incorrect! A shame, because the graphics are rather unique and cool...

Too bad At first it seemed that this was going to be great but past the third stage things start to get strange. It seems the solutions are arbitrary and you start cringing when you make "mistakes" that don't seem to be. It turned me off the game. :(

Not what I thought it was This is more like Minesweeper than a Picross.

Too dumbed down Good puzzle game, but way too much hand holding. I really don't need a warning popup every time I make a mistake, or accidentally hit the wrong square. Let me figure that out for myself. Really put me off buying the full game

Latest update solves hint issues Now the automatic hints can be customised in terms of delay, this is a nice relaxing puzzle with no time limits and cute 3d blobby models.

:( Could be nice but the game accept only one specific answer even if there are others matching the constraints.

Fun. Easy interface. Nice to have a story for the puzzle game. able to mark both "farm" and "forest." However, I will not buy the full game because i could not find a way to turn off the error checking and it was annoying for it to keep popping up when i just marked something accidentally

Good try Not very bad, but I didn't like it too much.

Fun puzzle game Enjoyable even though it's short. I just wish it didn't penalize you for a single mistake.

Good nurikabe! Pretty fun. If it was smoother, it would be better. If the controls were better and the hints less annoying, it would be perfect.

Fun game, but the forced hints are annoying Hints are good and all in a tutorial but the actual game must not have them otherwise it's completely pointless - just keep marking fields randomly and watch the hint system prevent you from unmarking good ones. Will buy if this is fixed.

"Next time try to make less than 1 mistakes!" That note could be fixed. :-) Well done nurikabe! Would love Undo & back arrow not clearing out puzzle.

The rules seem a bit harsh, and one mistake should not kill your gold medal chances immediately. Otherwise fun.

Nice for a demo but too short. And games restart from scratch when you leave.

Very fun game, runs on my Samsung Intercept, but too slow and choppy.

A puzzle game with a background story, great fun! I just don't like the fact that it warns you when you make a mistake.

Great game! Reminds me of Minesweeper with additional twists that get you to think. Will buy the full version.

Not only is this a great game, but the creator of it personally helped make sure it ran on my phone. Very cool.

Fantastic! A great logic based game that is based on three simple rules, and spacial awareness. Even better that it now has the option to turn off the game telling you you've made a bad move.

Great game. Nice concept. The diagonal farm concept isn't explained very well though. I like the rest of the description and story. It would be nice to hide the instructions after you've seen them once. The levels are very easy though, I'm not sure if they get much harder in the full version

A gem of a game. This game is a beautiful and charming nurikabe game. Addressing some complaints in the comments: 1) you can turn off the chatter from the bird in the options. 2) each puzzle has only one solution. Nurikabe is a well-established logic puzzle type (created in 1991 by renin (れーにん)).

Disable the hints The game follows the standard rules of nukirabe, but it's more fun if you disable all the hints before you start. The tips after each game were also annoying because it would say u made 1 mistake, however it was really just because you accidentally tapped the cell next to the one you intended to tap, so you had to undo it. So far this app is better than the other aps for this game.

Ever helped a princess in the far east? Here is your chance!Princess Nuriko is a puzzle game with similarities to Sudoku, Minesweeper and Picross.*Now with even more and larger Levels*Play 88 carefully designed nurikabe puzzles from easy to hard.Finish each puzzle to see tiny farmer villages grow in 3D.(This free version contains ads)Watch gameplay video […]

How to use Princess Nuriko Free for PC and MAC

Now you can use Princess Nuriko Free on your PC or MAC. 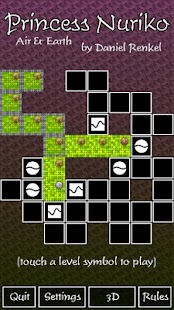 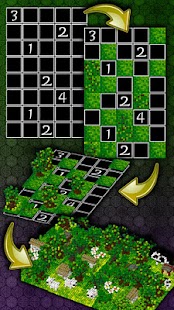