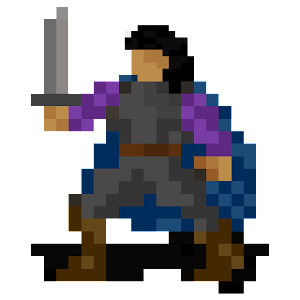 Rpg conesuer Game looks to be good... just one little flaw... there seems to be no start up menu! So I accidently clicked start with a character that sucked... and I could not exit that game to a startup menu and make a character I liked! So the game looks fun enough that I erased it off my device and am going to reinstall it so I can try a different character that I get better rolls on. I will give 5 stars if you make a startup menu to return to for making new characters or restarting etc.

Excellent Love this, great characters and writing. Battles are balanced (once I realised there were areas I hadn't explored yet). One small criticism, the character creation tool is a little weird, I created a character but they didn't appear in my party automatically. Took me ages to figure out where they were and how to add them. Would love a longer story!


Short, simple and nice Obviously copying some things from ADND, but it's not annoying. And skipping battles if you aren't ingested in is a really great feature) But I miss loading save game without application restart. And I wish I had an ability to reverse order of actions in the battle: attack and then move if I wanted so. Also, how to remove created characters? )

For the price, outstanding! Very fun and engaging little adventure with gameplay and mechanics reminiscent of the old Black Isle PC games (e.g. Baldur's Gate). Only complaints are that the story text is badly in need of some proofreading, and the game is too short - it's disappointing that it ends so soon!

Port characters to other modules I liked the game and was eager to try Hearkenwold, until I realized that I had to start all over. I figured I'd be able to load my character in from this module, but was disappointed. This feature would be cool.

Great RPG Excellent module. Story was engaging, if a little on the short side. Will Blackwinter be it's own game? Too bad this and Hearkenwold are the only free IceBlink games on the play store.

Tough, short and sweet A little short. At first I was a little bit annoyed to not be able to rest... but it's well balanced so no need to anyway

Deserves a higher rating than it has Starts off a little weak but finished strong! Definitely some replayability here as some choices are mutually exclusive.

You get what you pay for It's fun, but short and hard. Save often, you will die

A timeless classic No matter when it's played, it's a great classic 8bit PC retro RPG. Well balanced and pushes the brains to strategy and survival to the limits! Loved! And yes, has replayability, that is a word, in fact.

Brilliant RPG Having never heard of the Ice Link engine I decided to give this game a try only cause it was free. Very glad I did as this RPG is really a testament to how hard work and a simple design can make for one hell of a game! Can't wait to try the other games that utilize this engine.

It was fun. This app is fun and quite hard to finish. Whenbit finshes i wish it was longer. Haha i won't reply it because it's basically the same thing but it was fun while it lasted.

Short but well worth a try Loved these types of games growing up and while short the story is really well written and I felt myself drawn into the game with good characters which are well scripted. Would love to see more of these types of games, great fun !

A lot of time devoted to storytelling with classic RPG gameplay, as has been the case with all Bree Arts games so far. If you liked the old Gold Box and Silver Box D&D games on DOS, you'll enjoy these.

Short but sweet Decent game like the old AD&D/Forgotten Realms series by SSI. Could use some dialogue editing, also no point for the experience tables going to level 8.

Love it! Intelligent, fun game with a gentle sense of humour and potential to be epic if the dev decides to expand it (hoping). Love games like this and wish they would go on for weeks and weeks getting more and more immersive.

Reminds me of old DnD games This is a fun game. It isn't overly difficult but you do need to think carefully about the moves you make. If you like old school RPGs, you should give this a try!

Interesting I'm happy to have found a free turn based RPG for the phone. Only about an hour into the game, but so far I like the story and the combat. Definitely worth a look.

It's amazing! This was amazing from start to finish. I played with every character, did every chat option and it was an incredible game. I don't even mind that its story was short. It was awesome. Great game!

Character It was hard to begin to play with my own character and not that Havfel, and to delete unnecessary characters (in Files), but now it's OK.

Very good module This is a great module of the Iceblink rules too bad it was short.

Fun but Short Good, but over to soon. Play a cleric or a wizard if you want spells because no spell casters can be recruited.

Series ? This was a great game but a little short . It would be a great thing if you would create part 2 of this game .

Excellent! I am wanting more lf this story. The well crafted characters and interactions kept me wanting more. Bravo, especially for a f ree game.

Escaped I beat it. I liked it. Wish it was a bit longer. It was easier to navigate than hearkenwold though it's smaller and the path is pretty clear. Good job I'd like to see more like this.

Good time killer I love how much this reminded me of the old computer rpgs like baldurs gate and icewind dale, superb job!!!

Awesome Very very good story. In my opinion its the story that makes an RPG great. Hope to play some more titles of yours.

Fun game Reminded me of the classic RPG games of old. Great story and characters.

The store needs more like this! Reminds me of my childhood, games like Baldur's Gate and DKoK. Kudos to devs.

Dnd for me Feels like a turn based dnd. Not that it wasn't already but it feels like it in the video game sense and not the board game sense.

Wonderfull Too bad its kind of short. Are there any other modules/quests?

I love when you can create and customize your own party but this game is still awesome :) Iceblink !!! Fun, fun, fun :)

A very enjoyable adventure. I look forwards to more in the future.

Great time waster For a free game, the play was good and the story was immersive.

Probably the best rpg rogue like on android imo

Fun and free Short but hell its free. Have some fun playing old school rpg

Fun and short Reminds me of playing an one new game. Nostalgic and fun. Wish it were longer

Short but nice rpg I had lots of fun, and I am looking forward to expansions.

The Raventhal (an IceBlink Engine RPG)Turn-based computer role playing game (RPG) with a wonderfully crafted story. Implements some classic old-school computer RPG style and also includes great 8-bit music created by Pongo.Story, music and most artwork by PongoIceBlink Engine and port to Android by slowdive_fan (aka me)Features:- designed for phones, but scales well on tablets […]

How to use The Raventhal (IceBlink RPG) for PC and MAC

Now you can use The Raventhal (IceBlink RPG) on your PC or MAC. 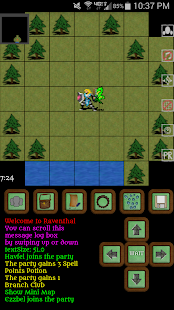 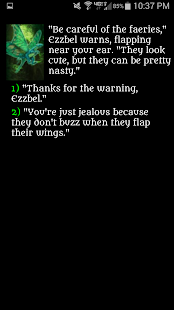 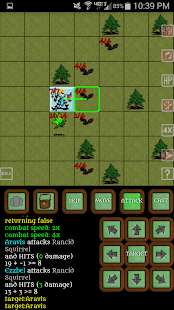 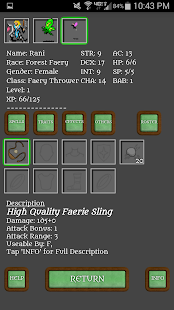 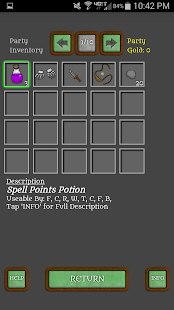 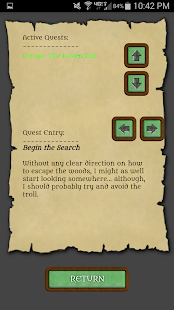 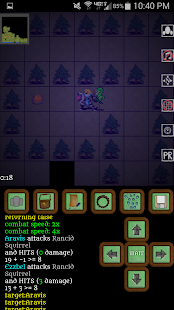 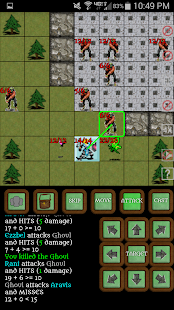 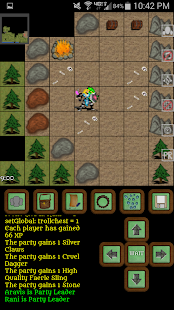 We don't provide APK download for The Raventhal (IceBlink RPG) but, you can download from Google Play